When earthworms reproduce, they are called hermaphroditic.(1) This means that they have female and male reproductive organs(2). All the earthworms can have their own eggs.  The way that gametes join each other is when two earthworms touch each other in the ninth through eleven segments of the segmented body. In the ninth and eleven segment, their is a part in the worm called the clitellums. The two earthworm mates have to touch each other in the clitellums. When they do this, they have to be in the opposite direction. They stay there for about three hours.(4) When they touch each others clitellums, the clitellums will produce mucus that will make the two mates stick together during sperm exchange. The sperm in an earthworm is made in the seminal vesicles. The seminal vesicles are large organs that are on both sides of the esophogus. When the sperm is exchanged inside the seminal vesicles, the sperm is stored in the seminal receptacles. The location of a clitellum in an earthworm is a third way down the earthworm. This location is were fertilization takes place in an earthworm. On a female's perspective, the sperm will travel down to the oviduct. The oviduct is located on the 30th segment of the 100th segment of the earthworm. When the eggs are finished, they are stored in the oviduct. When the earthworms are finished, the earthworms can just leave by releasing mucus on their own so they can slide off and go on. The clitellums is turned into a cocoon that can protect the eggs inside of it. The new cocoon is also a place where the new worms can get their nutrients from. The baby earthworms can fully developed and still be a small worm. Earthworms reach sexual maturity in one year.(2) The amount of chromosomes a earthworm has is 36. A haploid would be 18.(3) 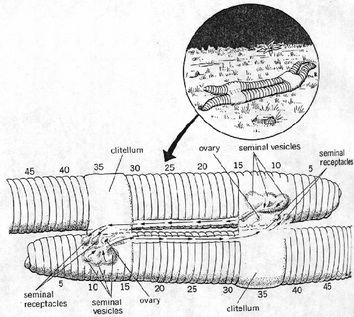 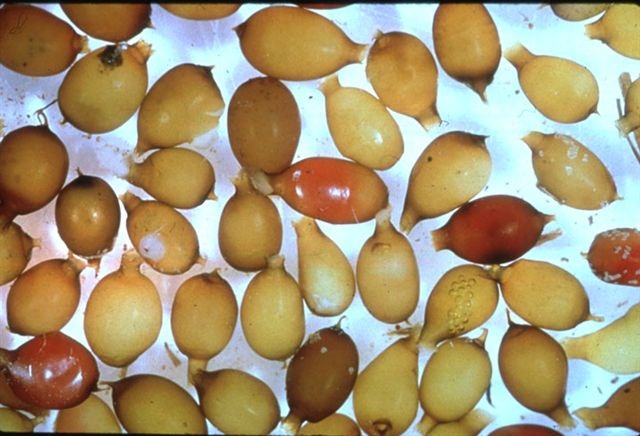 Earthworm babies in the cocoons. 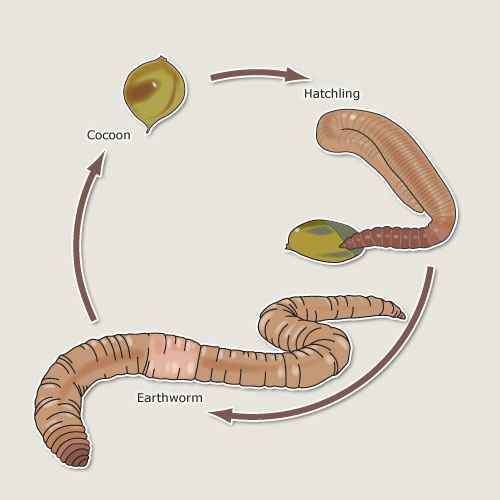